"Quantifying the Shear Viscosity of Nature's Most Ideal Liquid"

Collisions of heavy nuclei at ultrarelativistic velocities are currently utilized at the Relativistic Heavy-Ion Collider (RHIC) and the Large Hadron Collider (LHC) to recreate matter at temperatures and densities as have only existed in the early universe, a couple of microseconds after the Big Bang. This Quark-Gluon Plasma (QGP), consisting of deconfined quarks and gluons, is nearly an ideal fluid with zero viscosity.

A primary goal of heavy-ion physics is the measurement of the fundamental properties of the QGP, notably its transport coefficients and initial state properties. Since these properties are not directly measurable, one relies on a comparison of experimental data to computational models of the time-evolution of the collision to connect measured observables to the properties of the transient QGP state.

Over the last few years the Duke QCD group has developed techniques based on Bayesian statistics that allow for the simultaneous calibration of a large number of model parameters and the precision extraction of QGP properties including their quantified uncertainties. The analysis has provided the first determination of the temperature-dependent viscosity of the QGP.

END_OF_DOCUMENT_TOKEN_TO_BE_REPLACED 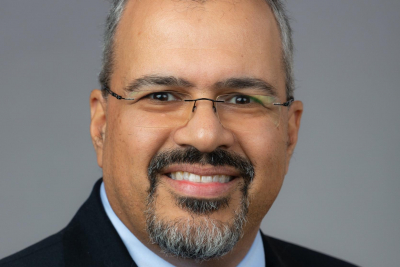