Walter McKinley Nielsen was one of the first members of the Physics Department at the new Duke University, appointed in 1925 as an instructor, and later serving as Department chairman. He is credited with starting research in the Department and having been instrumental in supporting the installation of facilities both in nuclear and in low-temperature physics. Nielsen was born on December 18, 1900, in Tyler, Minnesota, and earned a degree in Electrical Engineering at the University of Minnesota in 1922 and the Ph.D. degree in Physics in 1925 from the same institution, before joining the faculty at Duke. From 1929 to 1930 he was a National Research Fellow at the Bartol Research Foundation in Delaware. During WW II he served on the staff of the Naval Ordnance Laboratory.

Named Chairman of the Physics Department in 1938, he served in that capacity – except for interruption during the war – until 1961 when ill health from a heart attack forced him to resign this administrative post. However he continued with his teaching until retiring from the University in 1966. Nielsen, whose initial research was concerned with the energy states in mercury vapor, became a leader in the field of cosmic ray research. In the late 1930s, this research was carried out in such remote locations as atop Colorado’s 14,250 ft Mt. Evans and also below hundreds of feet of solid rock in Linville in Western North Carolina. He was particularly interested in the penetrating power of Cosmic Radiation through various materials at different altitudes. He was a productive scholar until his activities were interrupted by WW II.

Nielsen received many honors. He was named James B. Duke Professor, one of the first of such appointments at the University. He was a Fellow of the American Physical Society. His work with the Navy led to the presentation to him in 1946 of the Navy’s distinguished Civilian Service Award. In the citation, read by the then Secretary of the Navy, James Forrestal, Nielsen’s “outstanding service to the Navy in the field of degaussing and magnetic stabilization of ships” was praised as well as his “exceptional scientific ability, intelligent supervision and qualities of leadership”.

Under his leadership of the Physics Department, distinguished and promising young scholars, among them Lothar Nordheim, Hertha Sponer, Fritz London, Walter Gordy, Henry Newson, William Fairbank, Eugene Greuling and Martin Block were appointed on the Physics faculty. Two publications of Nielsen were co-authored with Nordheim. Among Nielsen’s graduate students were K.Z. Morgan, who became the director of the Health Physics Division at the Oak Ridge National Laboratory, and Harold Lewis, the future Professor and Vice Provost for Arts and Sciences at Duke University. 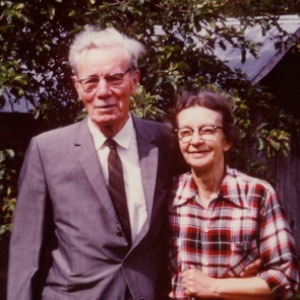 His marriage was a happy one, and the Nielsens raised two sons and one daughter. After his retirement in 1966, he and his wife Katherine, née Tryon, continued to live in Durham and in their mountain retreat near Boone, NC. Nielsen was an avid photographer, his specialty being wildflowers, mostly of the Carolina Mountains, and he amassed a sizeable collection of such photographs. He died on January 8, 1981 at the age of 80.

There is an interesting description of the early history of the Duke Physics Department, and of Nielsen’s role, in the Book “The Launching of Duke University: 1924-1949” by Robert F. Durden, Duke University Press, 1993, pages 91-98.