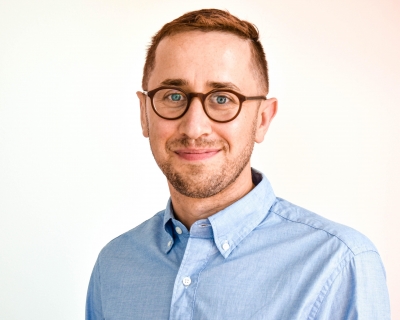 At age 10, Dan Scolnic had his life all planned out: go to Duke, play basketball as a walk-on, then head to the NBA. These dreams were quashed when a pediatrician plotted Scolnic’s height on a growth chart and informed him he’d probably max out at 5’2”. “It was one of the worst days of my childhood,” Scolnic says.

The growth chart turned out to be wrong--Scolnic is 5’11”--and he ended up going to MIT for his undergraduate education. But he is coming to Duke after all, as an assistant professor of physics, focusing on cosmology, beginning in January 2019.

Scolnic is using supernovae to get ever more accurate measurements of the size of the universe at different times in its history. He analyzes Type Ia supernovae, called “standardizable candles,” because they all have essentially the same brightness. Their apparent brightness here on Earth indicates how far away they are. He measures their redshift to find out how old they are. “You can put this together and get an expansion history of the universe,” he says.

He hopes this expansion history will get him closer to his ultimate goal, which is to figure out dark energy--the mysterious energy that is causing the universe’s expansion to accelerate. “It’s 70% of the universe and we don’t have a clue what it is,” he says. “It’s literally the biggest problem in astrophysics.”

The supernovae technique is becoming more useful and precise as the amount of available data proliferates. The first teams used data from about 30 supernovae. Scolnic is now working on a sample that has 1,000-2,000 supernovae, and his next big project will have close to a million supernovae. “This is a golden age of big data cosmology,” he says. “We have all these telescopes that are streaming huge amounts of data.”

Scolnic participates in many of the international collaborations that are collecting measurements in unprecedented quantity and quality, including (to name a few) Pan-STARRS; the Dark Energy Survey (DES); the Large Synoptic Survey Telescope (LSST); and the Wide Field Infrared Survey Telescope (WFIRST). As part of his work on Pan-STARRS, he recently published the most precise measurements of dark energy to date.

Aside from his supernova work, Scolnic also does research looking foroptical counterparts to gravitational waves.

Scolnic earned his PhD at Johns Hopkins before becoming a fellow at the Kavli Institute for Cosmological Physics at the University of Chicago. Although his path to Duke was different than what he imagined as a 10-year-old, he couldn’t be happier with the way things worked out. He’s ready and eager to help start a new cosmology program at Duke with Chris Walter, professor of physics, and Michael Troxel, assistant professor of physics, who is also starting in January 2019.

“I’m super excited,” Scolnic says. “Duke is very committed to this and it’s a chance to get in on ground floor and try to build a very prestigious cosmology program.”

Walter, who has recently shifted the focus of his research from neutrinos to cosmology, is equally enthusiastic. “This science is just incredibly compelling and everyone is excited about it,” he says. “Dan is an expert in using supernovae to probe cosmology, and Troxel is an expert in weak gravitational lensing, so the three of us working together will have a synergistic environment to accomplish things.” Walter says the department is currently searching for another assistant professor in cosmology and is planning to add an astrophysics track for physics majors and new classes for graduate students.

Scolnic is also excited about teaching. Although work and family don’t leave much free time (he and his wife have a three-year-old and a baby), he still loves watching basketball. . . and he’s aware that Duke students do, too. He will be teaching “The Physics of Sports” this semester and he’s also got an idea for a seminar combining statistics, basketball, and the Big Bang.