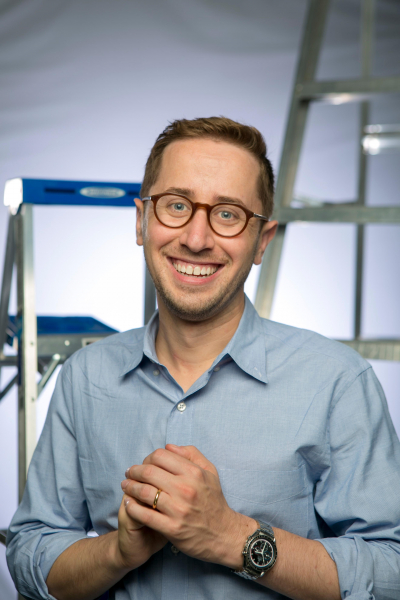 Dan Scolnic has a modest goal: understanding the fundamental nature of the Universe. His ambition was recognized this year with a Research Fellowship from the Alfred P. Sloan Foundation.

Scolnic, assistant professor of Physics and Trinity’s first Packard Fellow, is a cosmologist. His research seeks to determine the rate at which our Universe is expanding by comparing what we know about the Universe’s compact infancy to the size it has reached now, at the proud age of around 13.5 billion years (a number itself intricately related to Scolnic’s research).

Cosmologists have a standard model they can use to predict properties of the Universe today, but recent data indicates that these predictions are off the mark: the Universe is expanding faster than it should be.

To figure out what is going on, Scolnic and his international team of collaborators use telescope images to search for a special type of super bright supernovae, dying stars that explode before collapsing onto themselves, called Type Ia Supernovae (SNIa).

SNIa, and other types of stars used in similar ways, are called “standard candles.” Like torches along a dark path, they serve as landmarks for the Universe’s size and rate of expansion.

“Each supernova tells you a distance and a time, so together they make a picture book of how big the Universe was at various ages,” Scolnic said. “It shows you how the Universe grew up, essentially.”

These special supernovas are hard to come by, though. So far, only a few thousand of them have been found, combining data from multiple years. In a few years, scientists may be able to find just as many in less than a week, thanks to the Vera Rubin Observatory’s 10-year Legacy Survey of Space and Time (LSST) and the Nancy Grace Roman Telescope.

“The cosmology community has spent 20 years building these giant resources, but it's taken a really long time for them to come online,” Scolnic said. “Now they're finally ready, so this is about to be the most exciting time ever.”

Scolnic’s research, which has also been funded by an Early Career Award from the Department of Energy, has the potential to redefine physics as we know it, giving us a clue about what makes up the bulk of our Universe.

Seventy percent of the current Universe’s size is made up of dark energy, a mysterious substance about which virtually nothing is known. Understanding why the Universe is expanding faster than predicted may shed light on the properties of dark energy, a feat that could represent the biggest discovery in the field of cosmology of the past 20 years.

The Sloan Research Fellowship will provide Scolnic with $75,000 over two years. He will use part of these funds to organize an international cosmology conference to trace the next steps of his research group and give his graduate students and postdocs a chance to travel and network.

Funds from the Sloan Fellowship may be used for any expense that supports the fellow’s research. “That’s what's interesting about Sloan, you can use it for training and group building,” Scolnic said.

“I’m really proud of what my research group has achieved over the last couple of years, and I’d like for them to experience the side of research that’s been hard to come by in the pandemic,” he said.

Scolnic also was recently awarded an $800,000 grant by the John Templeton Foundation to study “Where are We Going: Addressing Measurements of Peculiar Motions in Our Nearby Universe and their Impact on the Hubble Tension.”

Listen to Scolnic joke about the universe’s pediatric grow chart in a talk for RTP 180, a local public television program presented by PBS North Carolina.