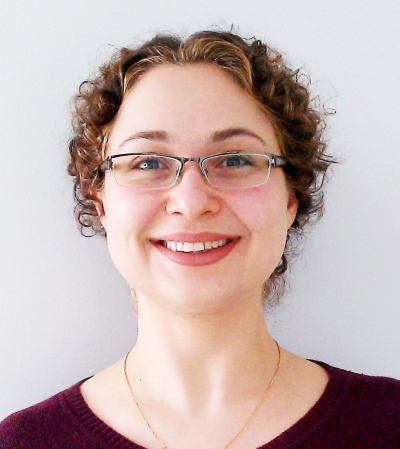 Sara Haravifard has enjoyed experimenting with magnets and phase changes her whole life. As a little girl, she loved to watch boiling water jiggle the lid of a pot. “I was amazed at how water changes to a different phase and there is energy involved that can move things,” she said. At school, she was captivated by the slow-motion fall of a magnet through a copper pipe.

Today, she studies phase changes and magnetic moments of crystals in an environment of low temperature, high pressure, and a high magnetic field. In July 2015, she will join the Duke faculty as the William Fairbank Assistant Professor of Physics.

In her experimental work, Haravifard mainly studies single crystals whose ions are arranged in a layered lattice. She cools the sample to extremely low temperatures, then applies pressure and a magnetic field. “By getting to very low temperatures, you are eliminating fluctuations due to thermal energy, and you can look at how atoms are changing their positions and magnetic moments because of quantum mechanical interactions,” she said.

As an aside, she noted that the work of William Fairbank, for whom her endowed position was named, makes her own work possible. “He opened the door to low-temperature physics,” Haravifard said. “If he had not done the research on liquid helium I would not be able to get down to these low temperatures and look at quantum mechanical interactions.” William Fairbank was a professor at Duke from 1952-1959.

After adjusting the pressure and magnetic field, Haravifard measures the structural and magnetic properties of the crystal to see how the ions are reacting and whether the material is in a new phase, such as superconductivity. ”With the high pressure, I change the distance between these ions, and as I change that, their magnetic interactions will start to change and that causes different phases to emerge,” she said.

Although these types of experiments could lead to the discovery of materials with useful applications, Haravifard is motivated more by the fundamental questions. “For me, it is the passion to solve the mystery,” she said. “There are too many open questions. Superconductivity was discovered by an accident, and a century later we still do not understand what is happening.”

In her quest to solve mysteries, Haravifard seeks out theorists for collaboration. “I’m mainly an experimentalist,” she said. “But it cannot be done without working with the theorists. We have data we can share, and they can give us an idea of what is happening. We can learn more by collaborating with them and putting everything on the table.”

Haravifard is currently a joint assistant physicist at the University of Chicago and Argonne National Laboratory, which is one of the facilities worldwide that she uses for her experiments. Another is Oak Ridge National Laboratory in Tennessee, where she uses instruments including the Spallation Neutrons and Pressure Diffractometer (SNAP). Using SNAP, she and her colleagues recently performed the first successful single-crystal high-pressure neutron experiment in the United States.

Carrying out experiments is only part of her research. She also designs and grows new crystals. She typically uses lattices constructed from layers of oxides such as copper and oxygen, or metals such as iron, as her building blocks. By substituting different ions, or rearranging the positions of the ions, she hopes to find materials with interesting and useful properties. “It’s like cooking. I have some main ingredients and I start changing the recipe to see what happens to the dish,” she said.

Once she’s made the crystal, she investigates the physical and magnetic properties, and makes sure all the ions are sitting in the intended places. This is work she will do at Duke, before traveling to other facilities to study the crystals under extreme conditions.

When she’s not experimenting, Haravifard enjoys road trips, hiking, swimming, and downhill skiing. While in Hamilton, Ontario, earning her undergraduate and PhD degrees at McMaster University, she visited lots of Canadian national parks, where she saw moose, wolves, black bears, and other wildlife. “I love nature,” she said. “When I have time, I usually go explore.”