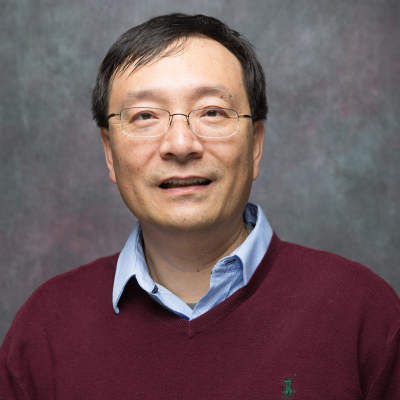 Ying Wu, professor of Physics and Associate Director for Light Sources at TUNL, was recognized for his outstanding contributions to nuclear physics.

Ying Wu, professor of Physics and associate director for light sources at the Triangle Universities Nuclear Laboratory (TUNL), is the co-winner of the prestigious 2022 Free Electron Laser (FEL) prize.

The FEL prize recognizes researchers whose outstanding achievements have contributed significantly to the advancement of the field of free-electron lasers.

Wu studies the nonlinear dynamics of charged particle beams, such as those used in particle accelerators to understand the behavior of subatomic particles. His research provides the foundation for developing next generation technology that pushes the boundaries of nuclear physics research.

The citation for the prize reads as follows:

"Prof. Wu has made important contributions to both theoretical and experimental FEL science. He has distinguished himself with the use of storage ring FELs to produce gamma-ray beams for nuclear physics research. Going far beyond just the production of the highest intensity Compton gamma-ray source in the world, he has created a new research field by modifying the FEL to produce new types of gamma rays for experiments. The facility can now produce polarized gammas with varying polarization and two-color gammas by operating the FEL as a two-color laser".

The prize was announced at the 40th International Free Electron Laser Conference (FEL2022), held in Trieste, Italy, from August 22 to August 26, 2022.