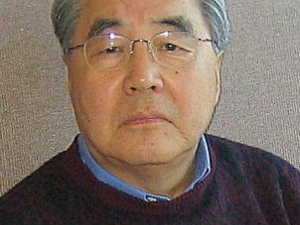 Prof. Emeritus Moo Young Han has passed away on May 15, 2016 at the age of 81 here in Durham, NC. Prof. Han was a dedicated member of the Physics Department and beloved by students. Our condolences to his family. Some of Prof. Han’s important contributions to physics are outlined in his obituary in The Herald-Sun: "Dr. Han is best known for his groundbreaking discovery of the hidden symmetry of quarks, the basic building blocks of protons and neutrons that make up atomic nuclei. In 1965, he… read more about Prof. Emeritus Moo Young Han Has Passed Away » 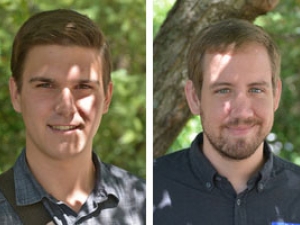 Graduate students Connor Awe and Samuel Hedges were awarded the Consortium for Non-Proliferation Enabling Capabilities (CNEC) fellowship. Prof. Phillip Barbeau is advisor to both students. The fellowships will begin in the fall of 2016. More information about CNEC's fellowship can be read here. Congratulations! read more about Grad Students Awe and Hedges Awarded CNEC Fellowships » 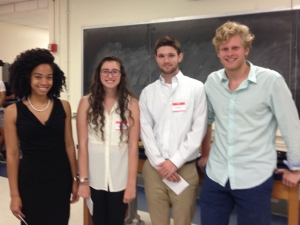 The annual Undergraduate Poster Session was held on Monday, April 25, 2016. Four poster prizes were awarded for First Place: Katrina Miller, Second Place: Emily Kuhn, and a tie for Third Place went to Connor Hann and Matthew Olson. Congratulations to the winners and all participants for their hard work and dedication this year. Please click the image below to view the program from the event. More photos from the… read more about 2016 Undergraduate Poster Session Prize Winners » 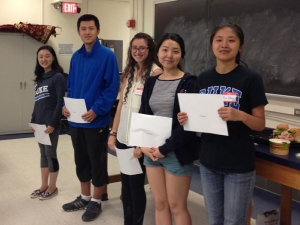 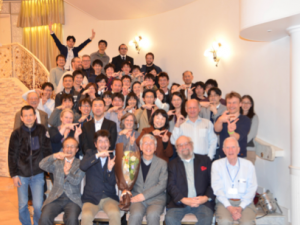 Prof. Emeritus Werner Tornow has followed an invitation to Tohoku University in Sendai, Japan to celebrate the Breakthrough in Fundamental Physics Prize awarded to Prof. Atsuto Suzuki and to the other members of the KamLAND Collaboration who co-authored the first KamLAND publication (DOI), and share their prize money. This was Prof. Tornow’s second trip to Japan within two months. The picture shows Prof. Atsuto Suzuki at the center and Prof. Tornow on the right side of the first row, together with other… read more about Prof. Tornow Attends Award Celebration in Japan » 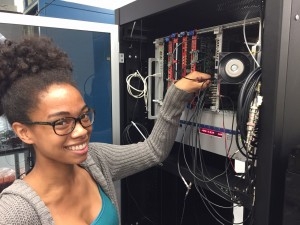 Prof. Chiho Nonaka of Nagoya University will spend a one-year sabbatical in the Physics Department as a Senior Research Scientist working with Prof. Steffen A. Bass. Nonaka was a Postdoctoral Research Associate in the QCD group from 2002 to 2005. Prof. Hannah Petersen, now at Frankfurt University was awarded the Heinz Maier-Leibnitz Prize by the DFG (German National Science Foundation). Is the most important prize for early career researchers in Germany. For more information on this prize, click here.… read more about Updates from Former QCD Group Members » 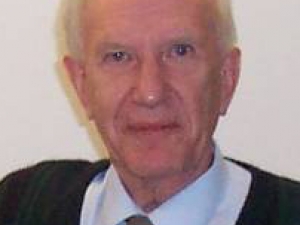 Research Scientist Sean Finch’s paper “Search for neutrinoless double-electron capture of 156Dy” was selected as an Editors’ Suggestion in Phys. Rev. C 92, 065503 (2015). This is the third paper of Prof. Werner Tornow’s research group within about one year that was selected as an Editors’ Suggestion. The other two papers were by Mary Kidd (Duke Physics '10) on “Two-neutrino double-beta decay of 150Nd to excited finals states in 150Sm” (M.F. Kidd, J.H. Esterline, S.W. Finch… read more about Prof. Tornow's Group Published » 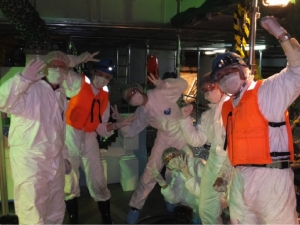 Prof. Tornow Contributed To Refurbishment of Outer Detector at KamLAND 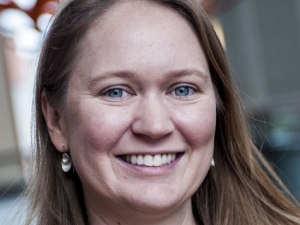 Prof. Maiken H. Mikkelsen won the Cottrell Scholar Award from the Research Corporation for Science Advancement given annually to outstanding teacher-scholars who are recognized by their scientific communities for the quality and innovation of their research programs and their academic leadership skills. The title of her project is “Exploring the Interplay between Nanoscale Design and Optical Properties of Materials: A Research and Educational Approach” and more information can be found here. read more about Prof. Mikkelsen Receives Early Career Award » 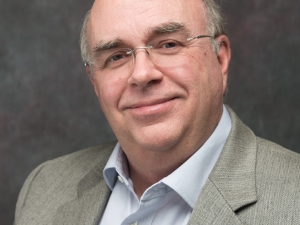 Chair Warren S. Warren on the Future of Duke Physics

Prof. Warren Warren became chair of Duke Physics on September 1, 2015, replacing interim chair Prof. Dan Gauthier. Since then, he’s been taking the long view, asking himself and other faculty members what the department should look like in 10 years, and what investments are needed to make that happen. Warren is a James B. Duke Professor, with appointments in physics, chemistry, radiology, and biomedical engineering. He came here from Princeton in 2005, drawn to Duke’s interdisciplinary… read more about Chair Warren S. Warren on the Future of Duke Physics » 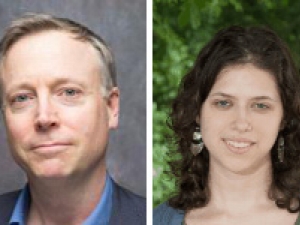 Congratulations to Profs. Stephen Teitsworth and Emilie Huffman whose course evaluations were among the top 5% of all undergraduate instructors at Duke for a medium class (20-59 students) in Fall 2015 for the course PHY 142 "General Physics II: Electricity and Magnetism" and its discussion sections. Eligibility for this recognition requires the completion of the instruction course description as well as receiving 5 or more student evaluations across all of the eligible courses in the term… read more about Profs. Teitsworth and Huffman's Course Evaluations Among Top 5% » 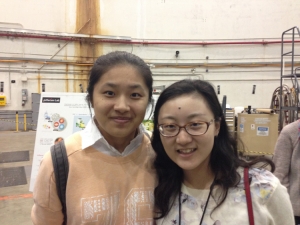 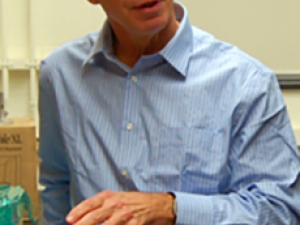 Prof. Robert P. Behringer's work was on the front page of the Science and Technology section of the The News & Observer on Monday, January 18, 2016. Read the story "Duke physicist bullies beads to study avalanches" online here. The same story also ran in The Charlotte Observer. See it here. read more about Prof. Behringer's Work in N&O and Charlotte Observer » 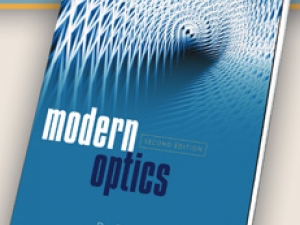 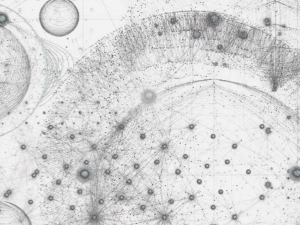 Faculty and research scientists at four universities in the NC Triangle Area were awarded 2016 Breakthrough Prize in Fundamental Physics. In addition to Duke Faculty on the Super-K, T2K, K2K and Kamland experiments, TUNL physicists from University of North Carolina and NC State were among the 1300 neutrino physicists awarded the prize.  Read more details in this news article on the TUNL website. Also, read "Super-Kamiokande and T2K Experiments Awarded Breakthrough Prize in Fundamental Physics." read more about 2016 Breakthrough Prize Awarded to Twelve Triangle Area Scientists » 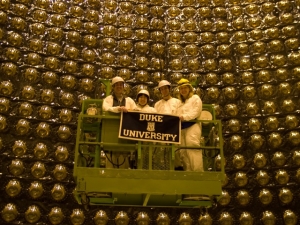 Approximately 1300 physicists from five experiments were awarded a share of the $3M Breakthrough Prize in Fundamental Physics. The prizes were presented at a live ceremony on Sunday, Nov. 8, at 10/9c on National Geographic Channel. Duke University physicists made major contributions to two of the five recognized groups of experiments: Super-Kamiokande and both the T2K and K2K experiments. The leaders of the experiments Takaaki Kajita, Yoichiro Suzuki, and Ko Nishikawa represented the collaborations and received the awards… read more about Super-Kamiokande and T2K Experiments Awarded Breakthrough Prize in Fundamental Physics » 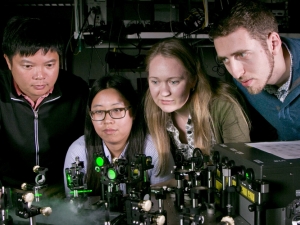 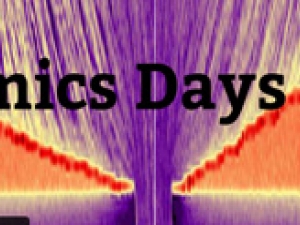 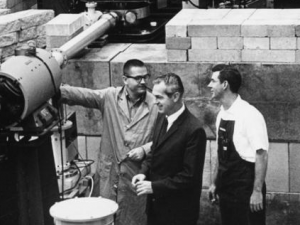 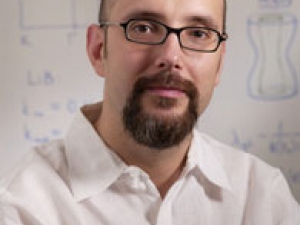 Congratulations to Prof. Stefano Curtarolo and his team for their new publication in Nature Communication on a new class of Entropy stabilized materials. Read it online here. Additional congratulations are due for their multi-valley bands parameterization of high-performance thermoelectrics in Nature Materials which can be read here. read more about Prof. Curtarolo's Team Published in Nature Communications and Nature Materials » 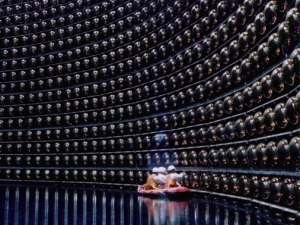 Congratulations to Takaaki Kajita from the University of Tokyo and Art McDonald from Queens University for the 2015 Nobel Prize in Physics for the discovery of neutrino oscillations! Today the Nobel prize was awarded to Takaaki Kajita and Art McDonald for the discovery of neutrino oscillations. You can read more about the prize here at the Nobel committee’s website and here at Symmetry magazine. Professor Kajita was given the award for his work on the Super-Kamiokande experiment. Profs. Kate Scholberg and… read more about Nobel Prize Awarded for Neutrino Oscillations! » 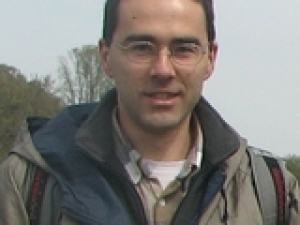 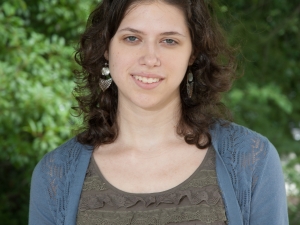 Fourth year graduate student Emilie Huffman has won the National Physical Science Consortium Fellowship. Ms. Huffman is a student of Prof. Shailesh Chandrasekharan and is working in the field of strongly correlated fermion systems. More information about the fellowship program can be found on the NPSC website here. read more about Emilie Huffman Wins NPSC Fellowship » 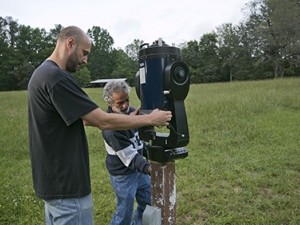 The Duke Teaching Observatory, with Prof. Ronen Plesser and Lab Administrator Yuriy Bomze, was featured on DukeToday. Click here to read "Spend an Evening Among Stars and Planets." This article was also published in the August/September 2015 edition of Working@Duke employee magazine on page 10. Additionally, WRAL picked up the story. You can read "Duke observatory offers open houses, hands-on access to stars" online here. Future stargazing events are listed here. read more about Duke Teaching Observatory Represented on DukeToday and WRAL » 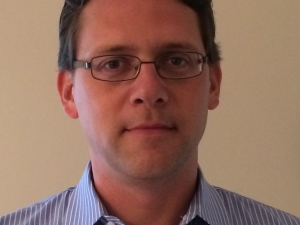 “I like to build things that don’t exist,” says entrepreneur William J. “Bill” Brown, who earned his PhD in physics from Duke in 1999. “In physics, I did tabletop experiments where I had to do it all—optics, electronics, mechanics, software, and theory. Now, I view a company as something new I’m building.” When Brown began his graduate studies at Duke, he was planning a career in academia. Halfway through, he realized that wasn’t the path for him. He was more drawn to the idea of entrepreneurship. “I’ve… read more about Bill Brown: Finding System Solutions » 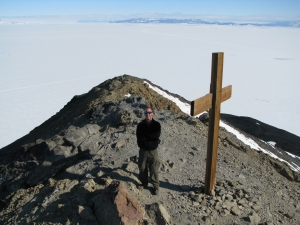 In his search for evidence of cosmic inflation, Duke Physics alum Jamie Bock (B.S. ’87) uses on-ground telescopes, high-altitude balloons, rockets, and satellites. Bock is a professor of physics at Caltech as well as a senior research scientist at the Jet Propulsion Laboratory (JPL). “Our groups build one-of-a-kind instruments to answer questions about the early universe,” he says. Cosmic inflation is the rapid expansion theorized to have occurred just after the Big Bang. “Inflation does make observable… read more about Jamie Bock: Building Detectors to Look for Evidence of Cosmic Inflation » 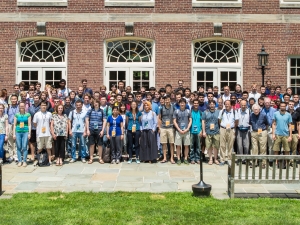